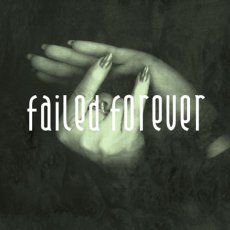 Anyone who has spent any time in or downstream of the Humungus labs knows a comprehensive collection of Humungus industrial tunes is not possible: there’s simply too much material to put on one release. So instead, Humungus Parts and Labor presents a sampler plate of favorite songs and works that had to see the light of day at least once before they died. These selections should not be considered cold and clammy like a German robot factory, but humid and musky, like a New Orleans graveyard.

The album’s title comes from a brilliant review of Armageddon (1998): ‘F is for Failed Forever’.

01 Mycenean – Many remember this tune from the Mangled By The Tool Of Satan compilation where it first appeared. It’s been remastered slightly to beef up the vocals. It opens the album in its gentle, Terminator-like way.

02 Eunnak – A complete reworking of a tune from 1989-1990. This reworking is itself from 1999. A variety of samples went into this one, not the least of which is a reversed Inspector Gadget siren. Go ASR-10! It was once compared to Front Line Assembly and shortly afterwards given a good talking to.

03 Liz Turnin – The title comes from a song name appearing in a dream. The original version of this song appeared on Lord H’s Raul Roal Raorca, back in 1989; but this version is from 1999. Why bring it back, you say? Child, one should expect nothing less from a medieval saint slaughtered in combat but cursed to walk the earth again as a sexy vampire. You laugh, but it happens.

04 Good To Be The King – Another piece from the particularly prolific late 80’s era. Many disparate ingredients were included in its original gumbo, but they’ve been reduced and refined for this version. This song was the first to utilize Reason 4 in the studio.

05 ISC Skyscraper – A remix of I Say Cry, from Mint For Pillow, slowed down and given some downies to cope with the travails of post-modern man-shopping. The remix was never originally released due to a protracted legal battle with the Brotherhood of Sleep. After a few well-placed ritual sacrifices, these issues have been resolved and the piece appears here in all its grunty glory.

06 – Dreams Unwind – Possibly the second song ever written on ye trusty olde ASR-10. Back in 1992, people didn’t care much which samples you used, so this song was created using liberal sampling from a variety of sources. Once the Empire came to power, you had to be more careful. Thus, most samples were re-created from scratch (time-consuming, yes?) for this version. Title comes from a short story by Karl Hansen.

07 – Four Hour Fugue – Very atmospheric piece, newly created for this collection. Loosely based on the brilliant short story of the same name by Alfred Bester. That is, a subconscious murderer is loose in the city of tomorrow. You can hear him breathing and his heart beating throughout the piece.

08- Kiss Of The Torturer – This song first appeared on Browsers In Arms, an online compilation of experimental/industrial music. The song underwent significant remixing and eq-ing to arrive at its current leather-clad and sweaty state. So listen to this version, not that one.

09 – Thrust – Also a new arrival, this song had a rough adolescence and more incarnations than 100 David Bowies. Rather than hit the helium, Lord H passed vocal duty onto Lady H for this piece. It’s all about betrayal and throwing down, like any cheerleading competition. Buffy knows.

For some people, the tools of the trade are an endless source of excitement, resulting in frothy hexadecimal conversations and naked games of pin the mod dest on the controller. For these special folk, here’s a partial list of whatsits and blargles used during the creation of this album: